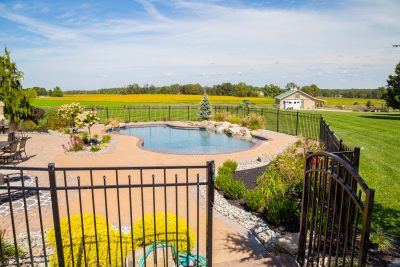 In October 2006, Herb semi-retired and passed the presidency to his son Randy, who soon after successfully earned the prestigious level of Certified Building Professional from the APSP National Education Staff.

In early 2019, we said goodbye to the beloved founder of our company, Herb Budd, Jr. While his passing serves as a great loss to the Budd’s Pools & Spas family, his legacy lives on through his wife as she remains active in the business, his son through his more than 30 years of pool industry experience, and through each of our talented Budd’s Pools & Spas team members. The foundational principles he instilled in this company are embedded in our DNA, and our team is dedicated to providing valuable products and exceptional service to our customers. These values have carried us for six decades and will continue to help us thrive in the years to come.